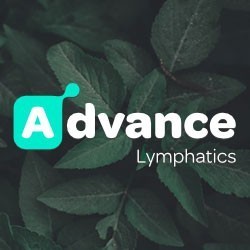 Scents, Essential Oils and Symptoms of Depression and Anxiety

We all know how specific scents can evoke both memories and feelings associated with them. Yet there is far more to how scents impact our brains, specifically scents from essential oils. Aromatherapists have advocated the effects of essential oils and the ability for specific essential oils to reduce the symptoms of both depression and anxiety. More recently scientific studies have supported this claim. Essential oils are not a ‘cure’ for depression or anxiety; however, they have been shown to be effective at alleviating the symptoms.

An interesting article published in the journal, Progress in Neuro-Psychopharmacology and Biological Psychiatry, showed that in a randomized trial, Lavandula tincture may help with the management of the symptoms of mild to moderate depression.

A Randomized Controlled Trial on the anxiolytic effect of aromatherapy on patients awaiting ambulatory surgery, which measured the STAI score, heart rate, and SBP in participants. The study concluded from the results of the randomized control trial, which showed a marked decrease in all scores that participants exposed to bergamot essential oil, displayed reduced symptoms of anxiety.

A study conducted under scientific guidelines into the affect of rose oil (Rosa damascena Mill, Rosaceae) on both human autonomic parameters and emotional responses showed that when rose oil was applied to the skin a significant decrease in breathing rate, blood oxygen saturation and systolic blood pressure. The result of these autonomic changes indicates rose oil may be effective at reducing symptoms of both depression and anxiety.

A study was devised into the effects of an aroma hand massage, on hospice patients with terminal cancer. A hand massage using a combination of Bergamot, Lavender and Frankincense, diluted with sweet almond carrier oil was performed on each hand for 5 min, for a continuous period of 7 days. At the end of this study, the measure results in the group that received the hand massage demonstrated a significant improvement in both their pain and depression scores.

Sounds and Music and Symptoms of Depression and Anxiety

Have you ever been soothed by the sound of the rain or felt lifted after listening to your favourite music? You are not alone, certain sounds and music have been shown in numerous studies, to impact emotions, specifically symptoms of anxiety and depression.

“Rain has a regular, predictable pattern,” says Emily Mendez, MS, EdS. “Our brain processes it as a calming, non-threatening noise. Which is why there are so many relaxation and meditation videos that feature the sound of rain.”

A study into the effect of listening to ‘natural sounds’ i.e., the sound of the sea, was conducted by researchers at Brighton and Sussex Medical School (BSMS) and published in Scientific Reports. The study concluded that natural sounds help to calm and reduce the flight-or-fright response and associated effects, in the brains, resting activity.

A feature review into the neurochemistry of music, published in the Trends in Cognitive Sciences, journal, measured brainstem mediated responses. These included heart rate, pulse, blood pressure, body temperature and muscle tension, in healthy postoperative patients. The study showed a marked decrease in the need for opiate-based pain drugs in the management of pain in the group that listened to music. One conclusion drawn was that music may encourage the brain to release, natural, endogenous opioid peptides, which in turn, reduce the pain levels measured, in postoperative patients. Additionally, relaxing music was the most effective at reducing the release of the stress chemical, cortisol and decreasing cardiovascular measures. Interestingly these results were also the same when measured in infants. The study concluded that music brainstem responses that, in turn, regulate heart rate, pulse, blood pressure, body temperature, skin conductance, and muscle tension, A small number of studies also demonstrated that music kick starts the innate or non- specific immune system. This was indicated by increased NK cell activity and mucosal immunity measurements. The study also measured changes in cytokine profile and concluded that music has a positive impact on the body’s natural, anti-inflammatory response.

Light and Symptoms of Depression and Anxiety

An article on the Timing of light exposure affects mood and brain circuits, published in the Transitional Psychiatry, journal showed that light exposure has a direct effect on the secretion of glucocorticoids. The study concluded that light exposure interferes with Monoamine (that is, serotonin (5-HT), dopamine (DA), norepinephrine) transmission. This is considered, impaired in patients diagnosed with depressive disorders. Additionally, increasing Monoamine transmission is the primary objective of most common antidepressant medications. The study also measured norepinephrine levels, lower levels have been linked to lethargy (lack of energy), impaired concentration, attention deficit hyperactivity disorder (ADHD), and maybe the onset and duration of depressive periods. Participants that were exposed to an artificial light cycle, showed a measured increase in norepinephrine levels. Light therapy has also been shown to be helpful when used alongside talking therapies, such as psychotherapy. “The idea is that it could be used as a supplemental therapy,” Dr. Carl Vincent, a psychologist in Moline, Illinois. The strategy involves sitting close to a lightbox, discharging a strong light for between 10 to 15 minutes a day, to encourage the natural production of Serotonin. Another study based on eight weeks of consecutive treatment of participants with major depressive disorder, published online by JAMA Psychiatry showed symptoms of depression were reduced. This further indicated the benefits of the use of light therapy in the treatment of depression.  ”If people are exposed to light in the morning that mimics the wavelengths of daylight, they become better at coping with anxiety-provoking experiences. The light simply improves the communication between the regions of the brain that are central to our handling of emotions such as stress and anxiety,” says PhD fellow Brenda Mc Mahon, MD, of the Neurobiology Research Unit at the Copenhagen University Hospital, Denmark. Now you understand the science behind why scents, aromatherapy oils, sounds, music and light are beneficial; I hope you feel inspired to try these simple, drug free options when you are struggling with symptoms of anxiety and depression.